Cabras is located in the immediate vicinity of the town of Oristano, 80 km from Cagliari and about 100 km from Sassari.
Located along the north-eastern shore of the famous same name pond, Cabras is inserted into a system of ponds and lagoons that houses a particularly important wildlife heritage for the ecosystem.
Visititng the Cabras area is interesting not just for the relaxing holidays taking advantage of the proximity to the most beautiful beaches of Sinis, but also for its historical and archaeological value as well as the landscape and nature.

The Pond of Cabras 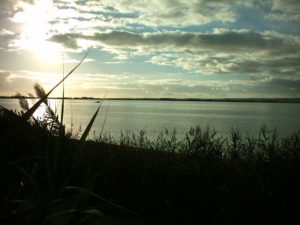 The pond of Cabras, surrounded by the typical reeds and wild grasses from which the typical boats of the pond are constructed: the “Fassone” is one of the largest in Europe and it’s the house to spectacular aquatic birds (including flamingos) of primary interest to scholars and tourists, while its waters are rich in many varieties of fish.
Very close to Cabras we have the protected area of the Sinis Peninsula and the spectacular Mal di Ventre Island, areas known for their pristine beauty, typical landscape, wildlife and ethnographic importance.

The necropolis of Mont'e Prama 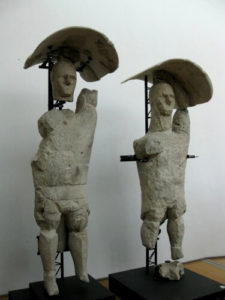 Overlooking the lagoon of Cabras, you will find a hill where something great was hiding, a monumental enchanting necropolis, the Mont'e Prama.
Thanks to the excavations began in 2014, the hill every day brings to light new fragments of old memories so incredible to rewrite the history of the West and to call every year millions of fans and scholars in Sardinia .
After 2800 years the land brings to light ancient priests warriors high more than two meters, wrestlers rimmed eyes, busts carved by archers and shin pads for legs titans.
The Giants of Mont'e Prama are nuragic sculptures in the round broken into several fragments, so they have been defined, or the Kolossi, named by their major scholar, archaeologist Giovanni Lilliu.
They emerged the first time in the mid ' 70 years by chance, thanks to the plow of a peasant who brought to light the first head.
The statues are carved in local sandstone and their height varies between 2 and 2.5 meters, depending on the assumptions, their dating ranges from the eighth century BC the ninth or even tenth century BC. A hypothesis place them among the oldest statues in the round of the Mediterranean basin, as antecedents to Kouroi of ancient Greece, after Egyptian sculptures.
The Giants are now also visible in the archaeological museum of Cabras. 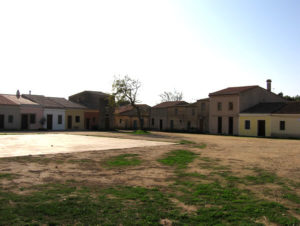 Before you get to the most beautiful beaches of the Sinis which are just a few km from Cabras, it’s worth stopping to visit the small village of San Salvatore.
The village is known not only for the festival of the same name saint and the run of the “Scalzi” (barefoot’s run), but also for its being a set to several western-style movies,.
Last but not least , a touristic element is the 600ad archaeological church, inside which there is an underground cellar of the late Roman period (III / IV century AD), already in use in Nuragic age for the worship of water.
The whole village, empty along the year, is repopulated during the feast of San Salvatore, the historical and religious event which each year attracts thousands of tourists and faithful.

San Giovanni di Sinis and the oldest church in Sardinia. 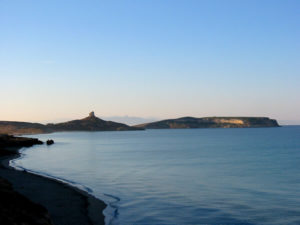 From San Salvatore you can take the road to San Giovanni di Sinis, where you can find the church of the homonym Saint dating back to the sixth century and it is probably the oldest of Sardinia.
The early Christian church was built during the Byzantine period and later enlarged. Dedicated to St. John the Baptist, the small church has undergone numerous interventions during the centuries that report traces both in the plant and in the frames. Recent excavations have brought to light a sacred building previous to the current one and an apse oriented to the east, with sarcophagi and tombs that indicate that the previous church were to be used in early Christian burial basilica.
After the church, on the right side of the road you can find the San Giovanni beach, almost 4 km long, which reaches up to Capo San Marco, at the end of the promontory overlooked by the Spanish tower.
The left side of the road overlooking the wide inlet of the Gulf of Oristano, a protected cove, excellent for the boats away, to the point of taking the name of the Dead Sea, because calm even when the open sea looks rough. 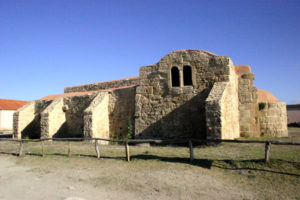 This position makes us understand the importance that must have had since the time of the Phoenicians this inlet in the Sinai Peninsula, as the basis for trade, bringing the building up of the city of Tharros and its famous harbor. Along this road we can still see the latest features huts the Sinai, made by fishermen with a wooden frame and the roof with a grass typical local marsh, sedge. 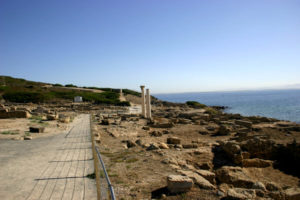 The city is located in the foothills south of the Sinai peninsula that ends at the promontory of Capo San Marco. It was founded by the Phoenicians in the eighth century to. C. in the vicinity of an existing nuragic village of the Bronze Age, the Proto-Sardinian village of Su Muru Mannu.
Subsequently, under the Carthaginian domination, it was fortified and expanded and experienced an intense period of economic prosperity. Tharros in the Punic era was perhaps the provincial capital. Then conquered by Roman after the First Punic War, a few decades later he was one of the epicenters of the anti-Roman rebellion led by Amsicora.
During the imperial period was renewed in town planning with the construction of the baths, aqueduct and network arrangement road paved with basalt, still visible and accessible on foot thanks to the visits in the site.
The town obtained the status of municipium but after the fall of West’s Rome, Tharros ruled first by the Vandals and then by the Byzantines, harassed by the Saracen raids, it went into a deep crisis that led to the abandonment of the site around 1050.
The area is now an open air museum and it can be visited buying a ticket. In 2016 the archaeological site recorded 105,738 visitors.